The Bronzed Killer and His Brothers

Home The Bronzed Killer and His Brothers 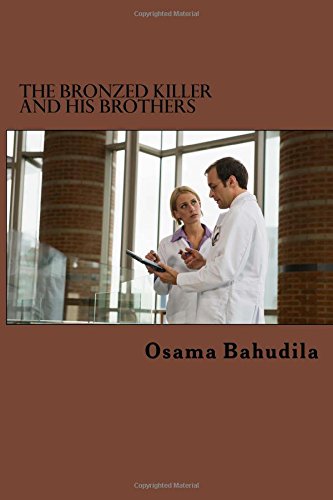 The Bronzed Killer and His Brothers

More than one million Americans suffer from hemochromatosis, and millions of people worldwide affected too, most have to suffer through misdiagnoses and multiple doctor visits before finding the right treatment. If left untreated, hemochromatosis can lead to heart attack, diabetes, cirrhosis, or cancer and even death The CDC estimates people with hemochromatosis are misdiagnosed 67% of the time. A hemochromatosis diagnosis is easy to overlook, and so most sufferers must see an average of three doctors before obtaining the correct diagnosis. Physicians often provide few dietary guidelines for hemochromatosis patients that can help you keep your iron overload tendency in check, nor do they explain why certain foods can be bad or good for you. This is a top nutritionist’s approach to handling hemochromatosis and iron overload tendencies without severely impacting your lifestyle. The typical nutritional approach to managing iron overload is to reduce the number of iron rich foods in your diet, but you should not try to entirely eliminate dietary iron or you can end up with other health issues such as anaemia. A better approach is to also eat foods that tend to bind iron at the same time you are eating red meats, seafood and any other iron rich foods you favour. Vitamin C and citrus fruits should also be eaten at separate times from iron rich meals, and there are also supplements you must know about that can help protect your liver, heart and other internal organs from the severe iron damage usually caused by hemochromatosis. In The Bronze Killer and his brothers doctor Osama Ahmed provides much needed information about this common enemy, from recognizing its symptoms to stressing the importance of early detection and treatment. All that you will find in book “The bronzed killer and his brothers.

Dr. / Osama Ahmed Bahudila doctor and author was born in a charming town called Aden in the most beautiful town called Yemen on the twentieth of October 1972 father of five sons: Nooran, Abu Bakr, Alaa, Lina and The last cluster Abdul Rahman Allah made them worthy successor to the best predecessor, most of his life spent in Aden where he completed most of the stages of primary and secondary education in different schools of the province of Aden, where he joined the military service in the field of teaching at one of the schools of Aden, according to then to get a scholarship to complete his university studies in the field of medicine and surgery at a nearby Arab countries study there until graduating in two thousand and two in the year of birth in the field of General Medicine and surgery, and returned home after that to work in the province of Marib as director of the hospital rural Cree, which was under construction to stay in the province for a full four years, then enrolled in the course of post Graduate Studies in the field of Internal Medicine, where he completed his studies specialized in this area before moving to work in Saudi Arabia, where he worked at a clinic there and then returned home and is still working so far in the Health and population Office in Yemen .
Share this
1 like
Related Articles

As an Amazon Associate Promocave earn from qualifying purchases